Spectators of Nicolet Bank Tall Ships® can enjoy the best chance to see the ships at full sail off the waters of Crescent Beach in Algoma, WI on Tuesday, July 30, 2019. The US Brig Niagara, Utopia (pending), Bluenose II, Pride of Baltimore, Appledore IV are scheduled to arrive in Algoma the morning of the 30th with a muster around noon.  1:00pm is the start of the Tall Ships Challenge® Race to Kenosha. 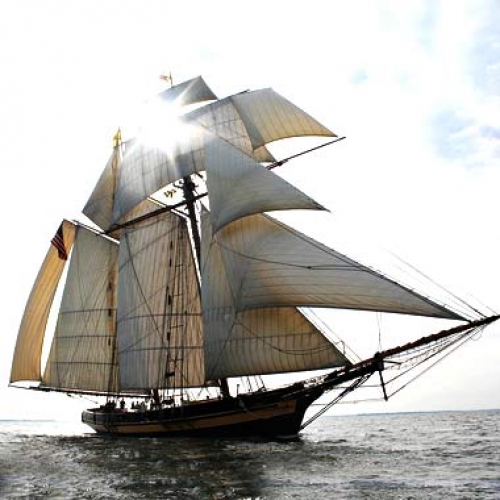 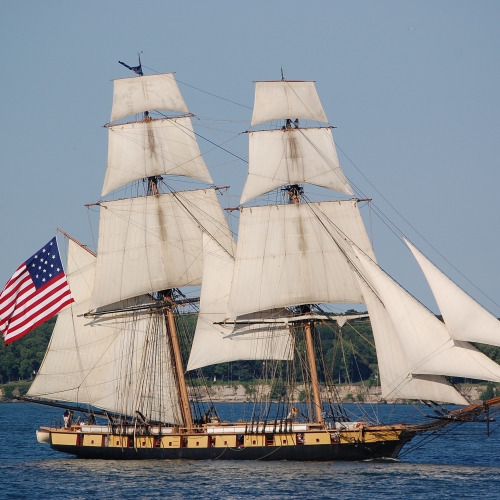 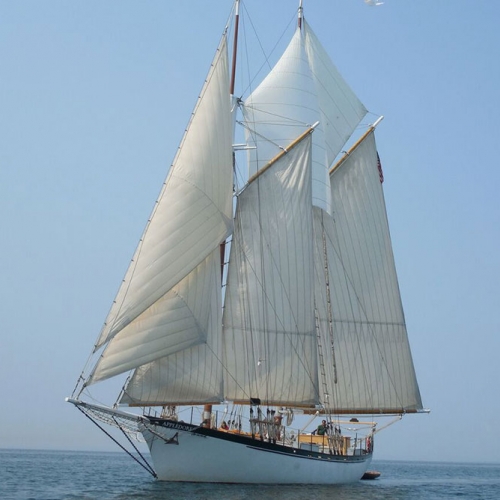 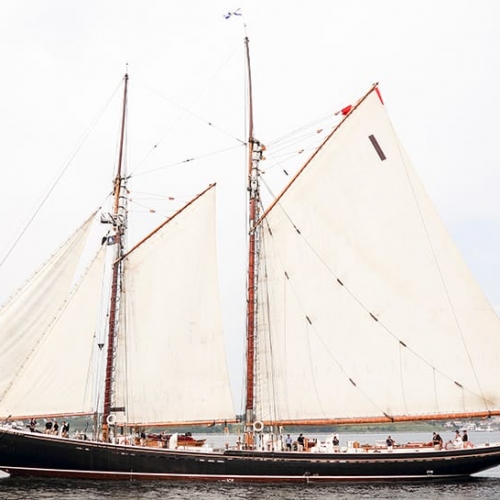 PMI Entertainment Group and Nicolet National Bank are again collaborating to produce a major Tall Ships® festival in Wisconsin. The event will start with the festival in Green Bay July 26-28, 2019, followed by a sail through Sturgeon Bay July 29, 2019, and sail past Algoma on July 30, 2019. 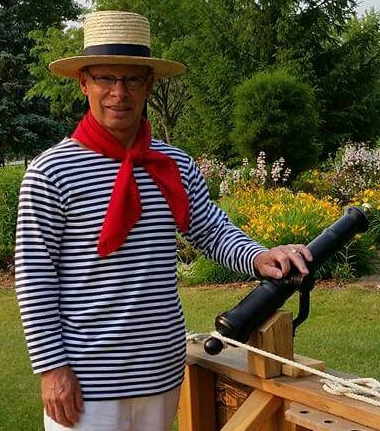 Algoma will host a day of activities surrounding the Nicolet Bank Tall Ships® Muster starting with a presentation on the naval swivel gun with Captain Bob Desh, U.S. Coast Guard (retired), former Executive Director at the Door County Maritime Museum, at Yardstick Books, 317 Steele Street, 10 a.m.  Desh will explain the history and uses of the small cannon that he will use to offer gun salutes when the Tall Ships muster off the shores of Algoma. Known as a “swivel gun” or “rail gun,” these small cannons were found on all manner of naval vessels in the eighteenth and nineteenth centuries.   He will also explore what the Great Lakes shipping fleet was like in the days of sail and the impacts it had on small ports like Algoma.

Beach activities on the north end of Crescent Beach will begin at 10 a.m. and go until 1 p.m. Play beach games with Friends of Crescent Beach or join Massart Chiropractic at the Ducky Pool and Coloring Station to win prizes.  The Algoma Public Library will be hosting story time with beach and ships themed books from 10-11 a.m.  Blankets and books provided. 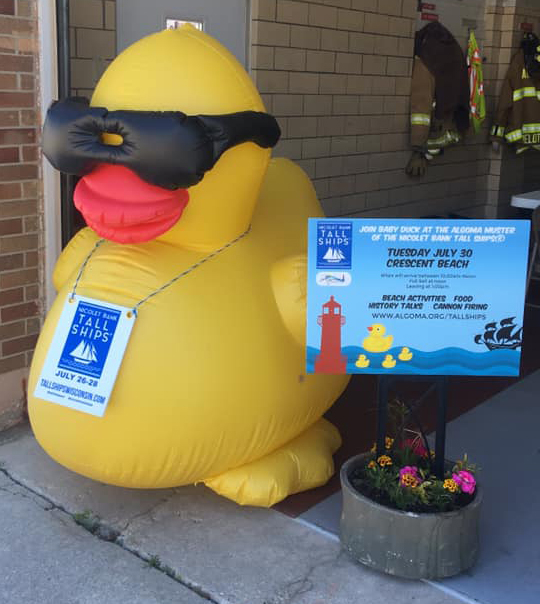 Take your picture with Baby Duck, the 5-foot inflatable duck or interact with Coastie, an animated robotic cartoon boat that teaches kids boat safety. He talks, plays music and interacts with kids. Teach your kids what to do in a water emergency.

Bob Desh will set up his naval swing cannon midway down the beach, near Adams Street. Listen for occasional blasts and hopefully the ships will return fire!

The ships themselves will begin to arrive by 12p.m. and plan to muster for an hour about 1 mile off the coast of Crescent Beach.  It the best chance to see them at full sail. At 1 p.m., Fishin Magician Charters will lead the start to the Kenosha leg of the Tall Ships Challenge®.

Spectators are encouraged to head to Yardstick Books, 317 Steele Street, for the second talk in a series on naval history in Algoma by Virginia Feld Johnson, Algoma native and treasured historian, 1:30 p.m.  Feld Johnson has co-authored 6 books revolving around Algoma/Kewaunee County history.

One hundred fifty years ago, the residents of Ahnapee (now Algoma) knew they were destined for prosperity. An abundance of natural resources, a ready labor market and a Lake Michigan harbor were certain to grow the town. The heart of the community was at the mouth of the river, but as it turned out, Ahnapee didn’t have a natural harbor that could offer large vessels protection from lake storms, and the big dreams faded. Join Feld Johnson as she shares the stories of Ahnapee’s sailing heydays and the colorful sailors who contributed to Algoma’s story and beyond. 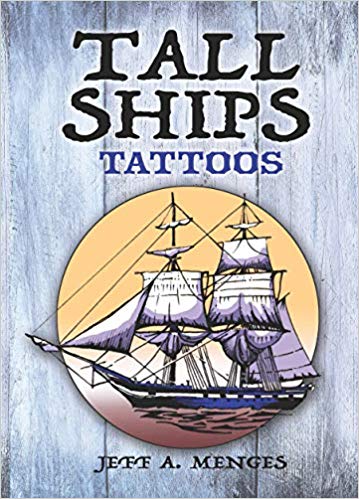 Yardstick Books will have a selection of tall ships books, great lakes books, and tall ship temporary tattoos for sale in conjunction with the event.

No tickets are necessary for the Algoma events. Schedule and ships are subject to change due to weather and sailing conditions. 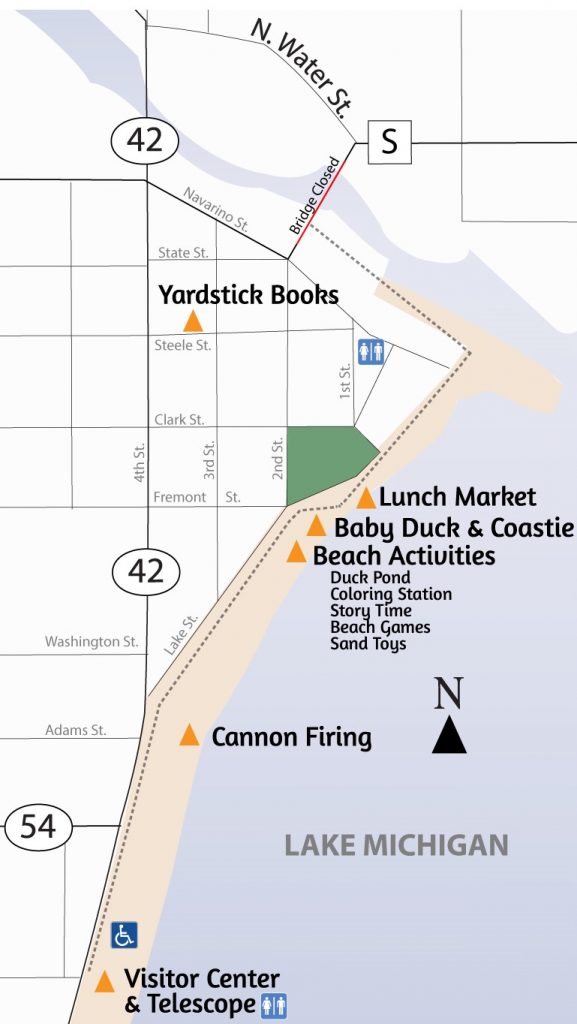 Ships will not be docking. Times are approximate with no guarantee when the ships will arrive.

Factors including the weather and lake conditions will determine when the ships arrive.

Tall Ships America organizes the TALL SHIPS CHALLENGE® annual series of tall ship races and maritime port festivals to celebrate our rich maritime heritage and traditions and to inform the general public about the transformative power of adventure and education under sail®. In 2019, the tall ship races are officially sponsored by Erie Insurance. Based in Erie, Pennsylvania, Erie Insurance is a FORTUNE 500 company offering auto, home, business and life insurance through a network of more than 12,000 local independent ERIE agents. 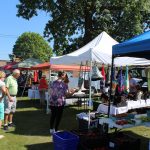 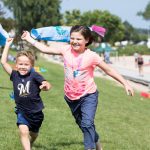 Soar on the Shore Beach and Kite Festival Celebrates 5 YearsSpecial Events, Travel
Skip to content
Near me
40 miles