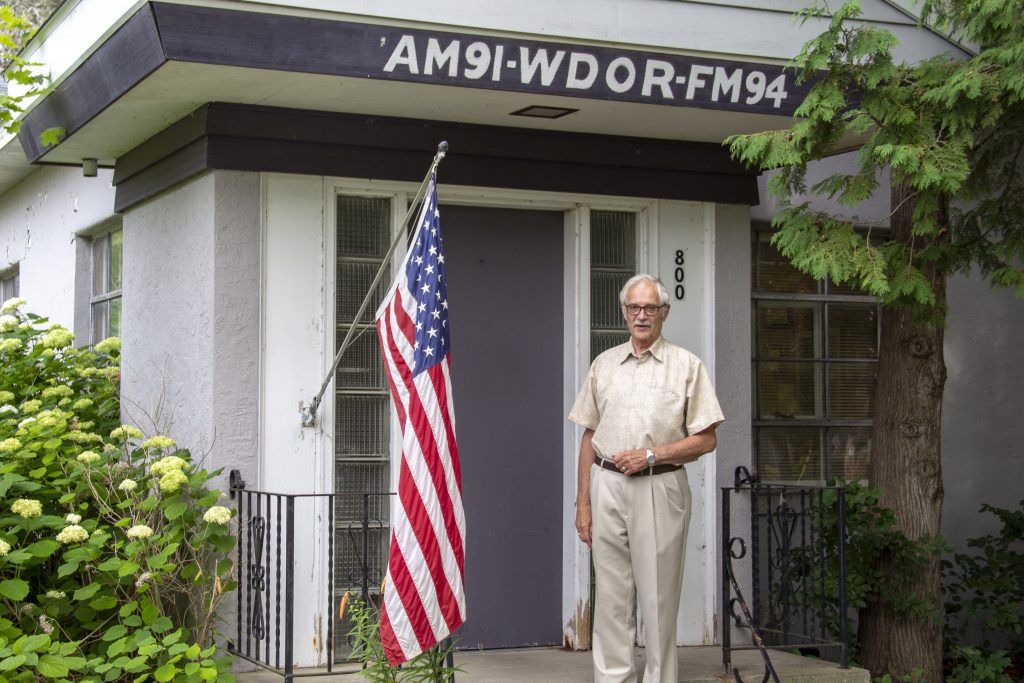 The Allen family and WDOR radio have been broadcasting local and live since 1951, entertaining and informing Door County for over 68 years.  For Eddy Allen, son of the founder of the company, it has never seemed like work.

It all started when Ed Allen Jr, who worked in the Chicago area radio business, began vacationing in Door County in the 1930’s.  Allen’s coworker and friend, Leon Schinkten, grew up in Sturgeon Bay and brought Allen to Door County to go fishing on weekends.  Allen’s son, Eddy Allen, who now runs the station, says that his father and mother fell in love with the area.

“They decided they needed a place up here, and bought some property almost adjacent to Schinkten’s property at Clark Lake,” says Allen.

The family would come from Chicago to their cottage on weekends and spent a week each summer enjoying Door County.  Then one day in the late 1940’s, Allen Jr. was at a local tavern in Sturgeon Bay, telling friends how he was dreading going back to work in Chicago.  Allen says, “One of the guys there said, why don’t you build a radio station here so you don’t have to go back.” 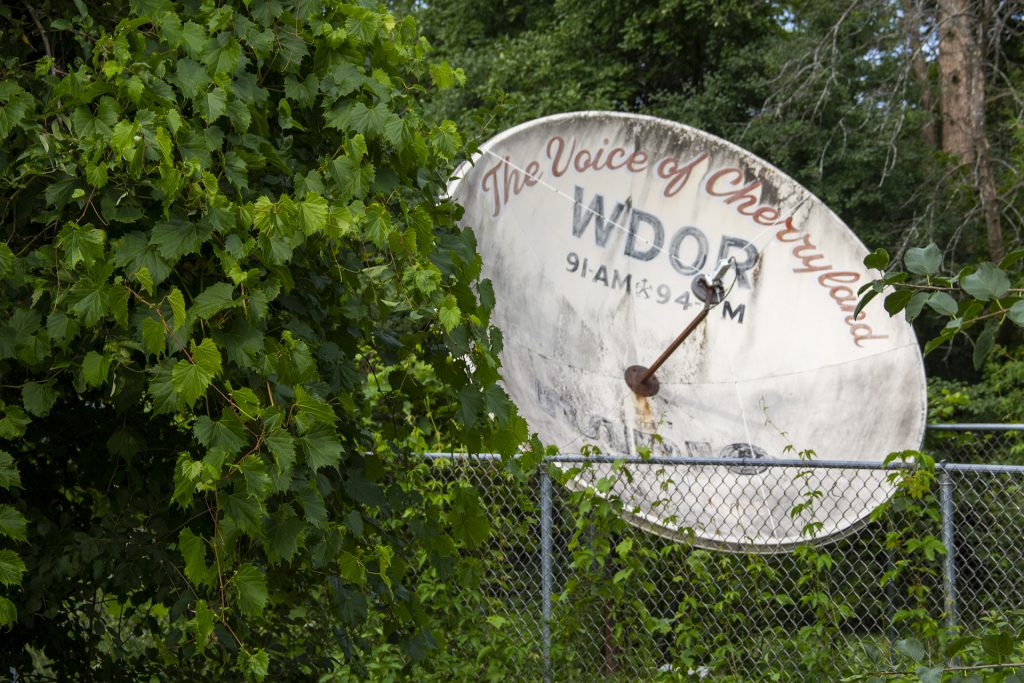 Allen Jr. thought it was a great idea, but could not afford the endeavor on his own.  But soon enough, he had the backing of several local business leaders, and by 1947 meetings were underway to create the new corporation.  After several delays and cutting through all of the red tape, WDOR went live on AM 910 on September 8, 1951, and have been there ever since.  In 1966, the station added an FM frequency, the tower for which now stands at nearly 500 ft. tall.

Allen started in the family business while he was still in high school, live on the air as a disk jockey on Sunday mornings and after school.  “When school let out, I’d run over here and would be on the air at 4:00 until signoff, which was at sundown,” says Allen.  After graduating college, Allen joined the Army, serving for 3 years as an Artillery officer.

Upon completion of his service, he returned to work at the station in 1968, and has been there ever since.  “My father ran the joint and he used me on the air, part time news person, sometimes fulltime news person, disc jockey, odd and ends, you name it,” says Allen.  As Allen Jr. started to phase himself out, Allen found himself doing more and more.

Allen Jr. was on the board of directors for the National Association of Broadcasters for many years, and while he was away on business in that capacity, Allen would take care of WDOR.  Allen says, “It was good, and Dad understood that I didn’t always know what I was doing, and he helped me along the way.”  Allen also got the chance to work alongside his mother, Dolores, who also had a regular segment on the air.  “She was a busy mom, but she still did her segment from 1951 up until the early 2000’s.  Her show was about cooking, recipes, and fashion,” says Allen.  Her love of cooking led her to write a cookbook, called Door County Recipes, Old and New, and she was able to share her recipes on the air for over 50 years.

Eventually, Allen took over the business, something he had always wanted to do since he was young.  “Dad raised me in this place, as a kid, I would pretend I was a disc jockey when we were off the air,” says Allen.  Now, Allen has the pleasure of working with his son, Danny, who works at the station fulltime.  Danny, who is the program manager for the station, has been filling in on the air for over 20 years, starting in high school.  The station now employs 8 workers, but for Allen, working at the station doesn’t feel like a job.  “I’m happy to do this, it’s not work to me,” says Allen.  Allen says he feels lucky to live and work in Northeast Wisconsin.  “I just like the people, it’s a great community.  I enjoy being part of it, and all the good people I get to meet,” he says.

“It’s just a great life, I’ve gotten to do a lot of interesting things, and there are just so many good people here.”  Tune in to 93.9 FM, 910 AM, or listen live on wdor.com to hear Door County’s locally owned and operated radio station.

by Michael Novak for the Algoma Area Chamber of Commerce 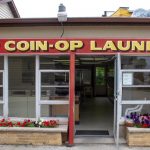