When Jeff Schinkten graduated college at UW-Green Bay in 1977 with a business degree, he wasn’t exactly sure what career he wanted to pursue.  After 41 years of working as an insurance agent for State Farm in Algoma, he wouldn’t have it any other way.

“I have no regrets about my career choice, and I’m glad I’m right here in Algoma,” says Schinkten. 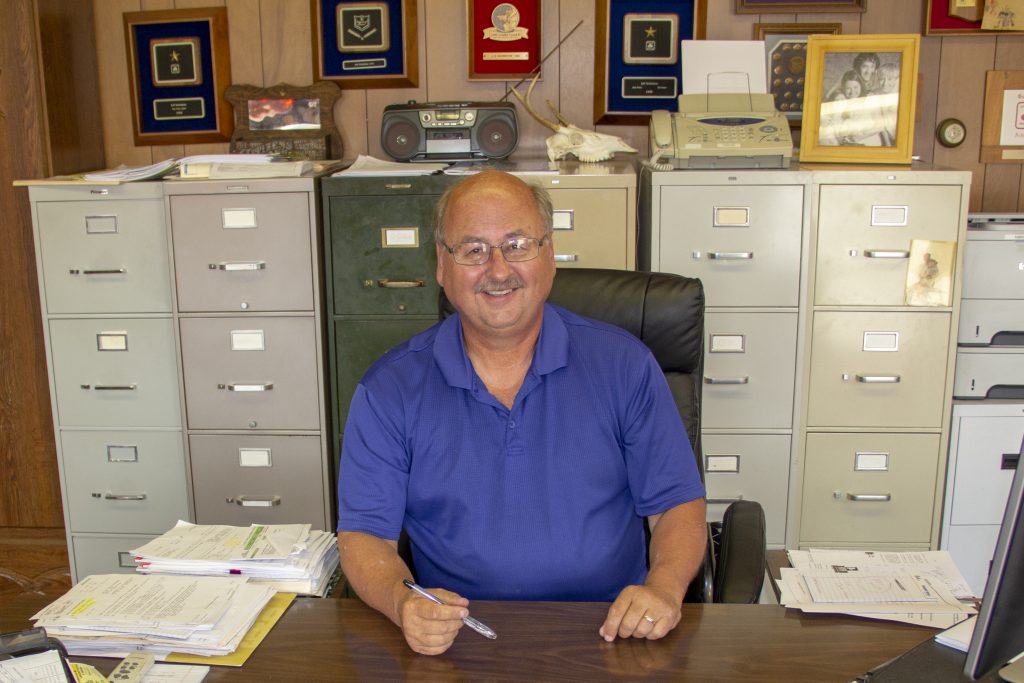 Schinkten was born and raised in Sturgeon Bay and has always loved the area for its fertile hunting and fishing grounds.  There he spent his summers working construction, and his desire to work in business was founded.

“I would get a ten minute lunch break, and barely finish a snack, while the businessmen were sitting around and talking before I got there, and were still there when I left.  I thought, maybe that’s a better fit for me,” he laughs.

After finishing college, Schinkten was poised to attend UW-Oshkosh to get his master’s degree.  However, a chance meeting with an old friend set him on a different path.  The friend suggested he meet with a State Farm manager, who was looking for agents around the state.  After speaking with the manager, Schinkten started the process of becoming an agent.  Schinkten laughs, “The old saying was, that if you can’t do anything, you can always sell insurance.”

He was offered a position with State Farm, initially to be working out of Sheboygan.  However, before starting there, Schinkten was informed that the State Farm agent in Algoma was retiring.  “Algoma was an easy choice for me,” he says, “I could stay here in Northeast Wisconsin, with family and friends.”  He was set to learn the ropes of the business alongside a manager, who was to train him.   However, the supervisor passed away after the first week of training, and Schinkten was on his own, having to learn on the fly.

Schinkten says, “I was on my own for a couple of months, scared that the phone might ring, and hoping to meet my quotas.”  He quickly picked up the ins and outs of the business, and after a few short years, he was accepted as a full agent for the company.  “State Farm has been really nice for me, I’m an independent businessman, and get to be my own boss, and I’m with good company.” he says.

Schinkten slowly but surely built up his agency over the years.  One integral part of that growth was his secretary, Mary Schoenberger of Algoma.  Schoenberger worked alongside Schinkten for over 30 years, never taking a sick day.  “I was so lucky to have her, she always had the best interest of the company in mind, thank God for Mary,” says Schinkten.

Upon Schoenberger’s retirement, Schinkten’s daughter, Jenny Prokash took over the secretarial responsibilities, and has been with the company for over 6 years.  “I enjoy what I do and I enjoy working with my daughter and life is good,” he says.  The agency has been in the same building since Schinkten took over in 1977. “I’ve met a lot of good people along the way, and I enjoy talking to all the people I’ve worked with over the years,” he says.

Not only has Schinkten been a business leader in the community, he also is a leader in the outdoor world.  In 1982, Schinkten and his friends, Pete and Bill Gerl, decided to start a conservation organization for whitetail deer.  “We saw that there were organizations for ducks, grouse, pheasants, turkeys, but none for whitetails.  We were huge deer hunters, and thought we could do something,” says Schinkten.

The hunters created the national organization, Whitetails Unlimited, a nonprofit group with over 100,000 members nationwide.  Schinkten has been the national president of the organization for the last 30 years, and since its inception has seen continual growth in the group.  He has been asked over the years to work full time at Whitetails’ headquarters, but he says he enjoys his work with State Farm, and doesn’t want to give it up.  His work with Whitetails has taken him around the county and the world, meeting US Presidents, appearing on hunting TV shows, and even once got the chance to hunt with the King of Namibia in Africa.  “The King said that we were the first white men in history that had ever hunted there,” says Schinkten.

Schinkten says he feels lucky to have the life and career he has had.  “I don’t claim to have the greatest or biggest agency, but I sure appreciate the people I’ve got, it’s great to work with the people of Algoma.  Everyone is so grounded,” he says.

Schinkten has loved the travelling he’s gotten to do over the years, but his love for the Northeast Wisconsin area has kept him here all his life.  “I love travelling, but I love coming home, back to Kewaunee County and Door County, it doesn’t get any better than this.  I feel like I’ve been blessed.”  And for a career that seemingly fell into his lap, he has no regrets of his choice of work.

Schinkten says, “If I could go back in time to 1977 and have a do-over, I’d still end up right here where I am now.  And I don’t think everyone can say that.”

Schinkten Insurance Agency Inc. is located at 413 Steele St. in Algoma. For more information call the office at (920) 487-3553 or visit State Farm’s website here.
Article and photo by Michael Novak for the Algoma Area Chamber of Commerce
Recent Posts 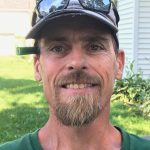 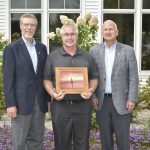