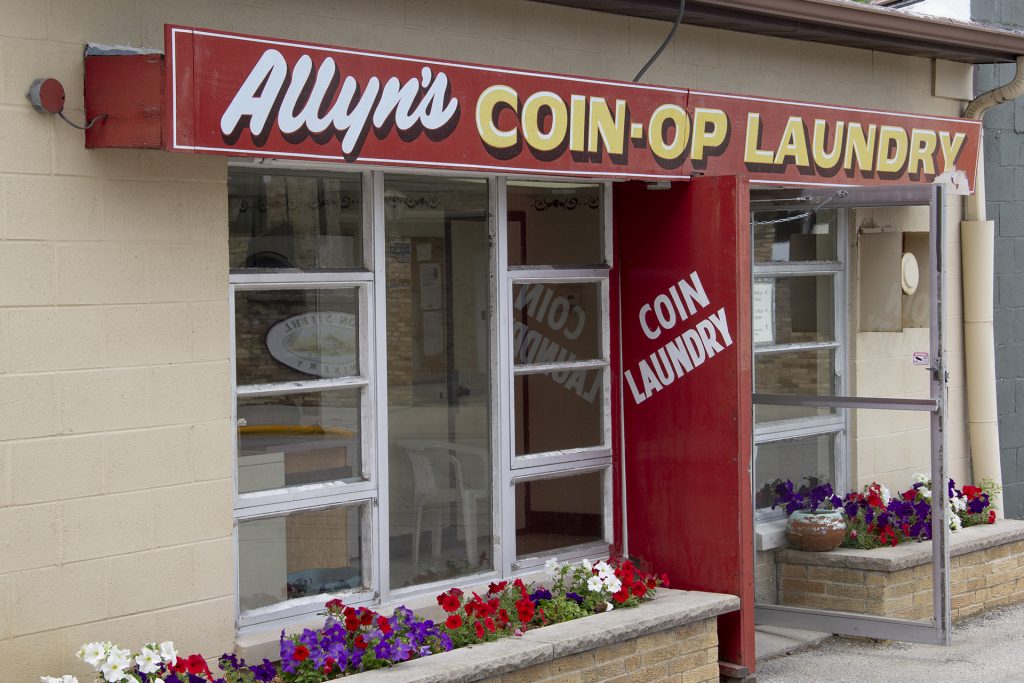 Harmon was born in 1923 in Edmonton, Canada and grew up in Chicago.  When the great depression hit Chicago hard, Harmon and his family moved to Michigan, where they bought a farm.  When World War II broke out, he tried to enlist in the service but was denied due to partial blindness in one eye.  At the time, he was a welder at O’Hare Field, working on planes for the war effort.  Eventually, he was allowed to join the military with a limited service status as a member of the US Army Air Corps, the predecessor of the Air Force.

Because of his limited service status, Harmon was supposed to stay stateside during the war, however, the Army lost his records and shipped him overseas for the Pacific Campaign.  During his time in the Pacific, he was a mechanic on P-38 fighter planes, hopping from island to island, eventually reaching the Philippines.

John says, “He wouldn’t have traded it for anything,” speaking of his time in the service.  “He didn’t want any recognition, he would never stand up when veterans were being honored at public events, but as he got older, he would tell us some great war stories.”

After serving for 3 years, Harmon got out of the military in 1946 and moved to Oconto Falls with his brother, Albert (Al), and started looking for a place to start their dream business.  The brothers heard that Algoma was in need of a dry cleaning business, and started taking clothes from Algoma to Oconto Falls, where they would dry clean it, and then return the clothes to Algoma.  Soon the brothers rented a building in Algoma, where they ran their burgeoning business.

In late 1947, Harmon, his brother, and father built a building on Steele Street from which the business would operate for the next 70 years.  The brothers soon realized they both couldn’t make a living with the two of them owning the small business.  To settle the matter of ownership, the brothers had a sort of race to see who could make a certain amount of money first, and the winner would get the company.

Harmon won the competition and took over the business.  While the race was still underway, a young woman who worked for a local dentist brought in some clothes to be dry cleaned.

Harmon’s daughter Ann Emery tells the story, “Dad said, the next time that girl comes in, I’m going to wait on her.” Instead of waiting until next time though, when she left the store, Harmon chased her down the street so he could meet her.  The girl’s name was Violet Nell, and the two soon became a couple.  Harmon and Violet were married in 1948, and were together for the next 69 years.

Running the business did not come without difficulties. “They struggled, much like many new businesses do,” says Ann.  Harmon and Violet lived in an apartment above the business, as did Harmon’s mother and father in a separate unit.  Ann was born in 1952, and lived above the business, with her parents and grandparents nearby.  Ann laughs, “Because they worked so early in the morning, they gave me a pop bottle, so when I woke up in the mornings, I would bang it on the floor, and they would come up and make me breakfast.”

In 1966, the couple started another business, Allyn’s Coin Laundry, which is still in business today.  Soon after, Violet opened her store, Allyn’s Dresses and Sportswear.

“He was too much of an independent man to have Montgomery Ward’s telling him how to run his business,” says Ann.  The couple then turned the vacant space into an apartment to live in, and rented out the upstairs apartments, which are still rental units today.

John says “They were entrepreneurs to the core.”  John has been helping run the businesses for the last ten years, and worked alongside Harmon up until 2 months before his passing.  “Harmon loved coming here to work, and next to my mom, this was his love,” says Ann.  “He liked Algoma, he liked the people here, he liked his businesses, he was a very happy man,” says John.  Harmon was a continuous proprietor for 70 years in the town, which John says “is quite an achievement, it’s amazing.”

Despite all the long hours taking care of their businesses, Harmon and Violet still found time to spend with their families.  “They doted on the grandkids, they took them all over,” says Ann.  “Even in their 70’s, the two were sledding down hills in winter with the grandkids,” she laughs.

The couple was also involved with their church, St. Paul’s in Algoma, with Harmon serving as a council member for the church for many years.  “They were married there, and he was buried there, and so will Violet when her time comes,” says John.  John feels that the couple essential adopted him, saying “Harmon was a dad to me, as my father passed when I was young.”

Over the years, the couple remained devoted to each other, while they both suffered together with dementia.  The two moved into an assisted living facility in Green Bay as their illnesses progressed.  In mid-June, 2018, Harmon suffered a fall, which rendered him debilitated.

“He never gave up, right to the very end,” says John.  “He was trying so hard to rehab and learn how to use his hands again, and stand up,” he says.  “Harmon thoughts were, I’ve got to get better, I’ve got to get back to Vi,” says Ann.  But Harmon never got better, and passed away a week later, on June 23, 2018 at the age of 95.  In his final moments Harmon said to his family, “The good Lord has been so good to us, but we haven’t always been so good to him.”

A heartwarming and heartbreaking narrative about love, laundry, and a little town on Lake Michigan. 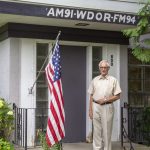 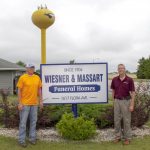 Meet Our Members: Wiesner & MassartCommunity, Member News
Near me
40 miles