Visitors to and residents of Algoma can enjoy a new mural in the city’s downtown district. “Gray Wolf Territory” by Alicia Czechowski, is the new pride and joy of Robert Ray Gallery, 520 Parkway Street, Algoma, WI. Owners Chris Baugniet and Dale Rustad commissioned the piece as their one-year anniversary closes in Robert Ray Gallery, their newest endeavor.  The couple owns RiverEdge Gallery in Mishicot. Baugniet, a potter who specializes in ceramic sculptures, has over 35 years’ experience owning and operating a gallery. Both galleries are a mixture of fine art and antiques. 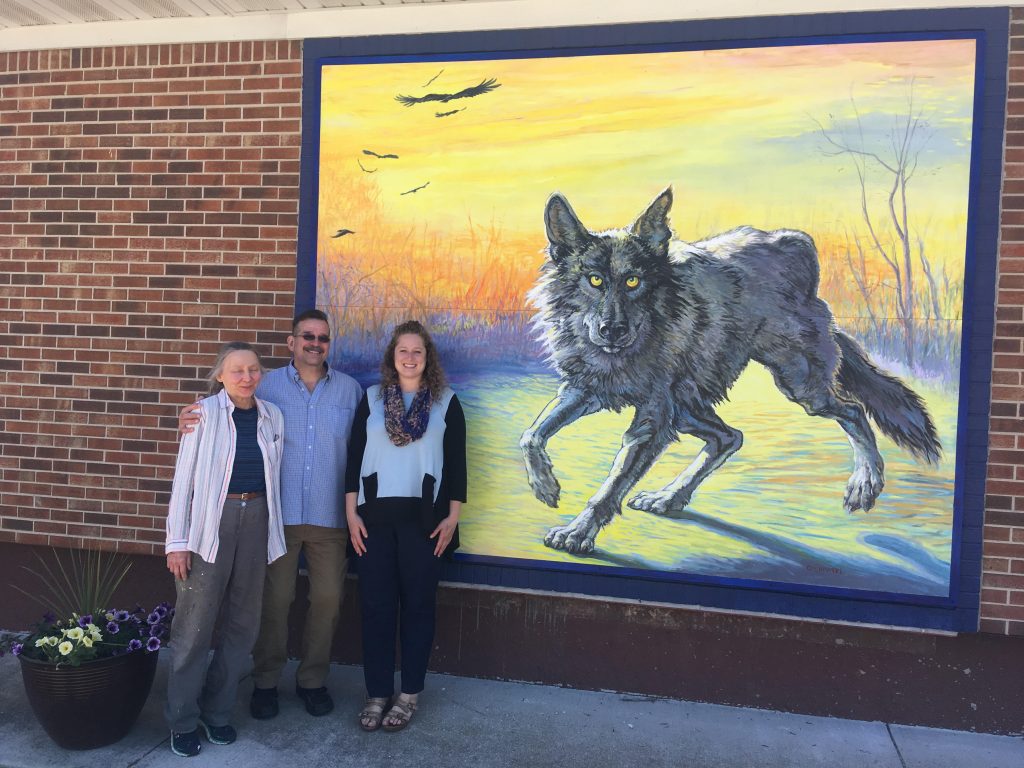 The mural image was chosen by Czechowski, who researched the history of the city of Algoma, and found the wolf to be of significant historical value to the area. According to the Wisconsin Historical Society website, the first permanent white settlement in 1851 was named Wolf River, and eight years later, the name was changed to Ahnapee, after a local Potawatomi legend of a great gray wolf. The importance is reflected in such important amenities like the Ahnapee River and the Ahnapee State Trail. The wolf also serves as the school district mascot.

Czechowski is a featured regular artist at Robert Ray Gallery. Her work is in private collections throughout the USA, in Mexico, Germany, the UK, and Japan. She has had solo shows in New York City, Connecticut, Maine and Wisconsin, as well as exhibiting widely throughout the US. She did over two hundred freelance illustrations for The New Yorker magazine during 1988 to 1995. Czechowski has taught painting, artistic anatomy, 3-D design, and drawing at Wayne State University, Portland School of Art, University of Utah, Heartwood College of Art, and was Professor of Art at the University of Wisconsin-Milwaukee for five years, where Baugniet was her student.  A show “Beyond the Painted Surface” is currently on display at the Miller Art Museum, Sturgeon Bay, from June 1-July 22, 2019. 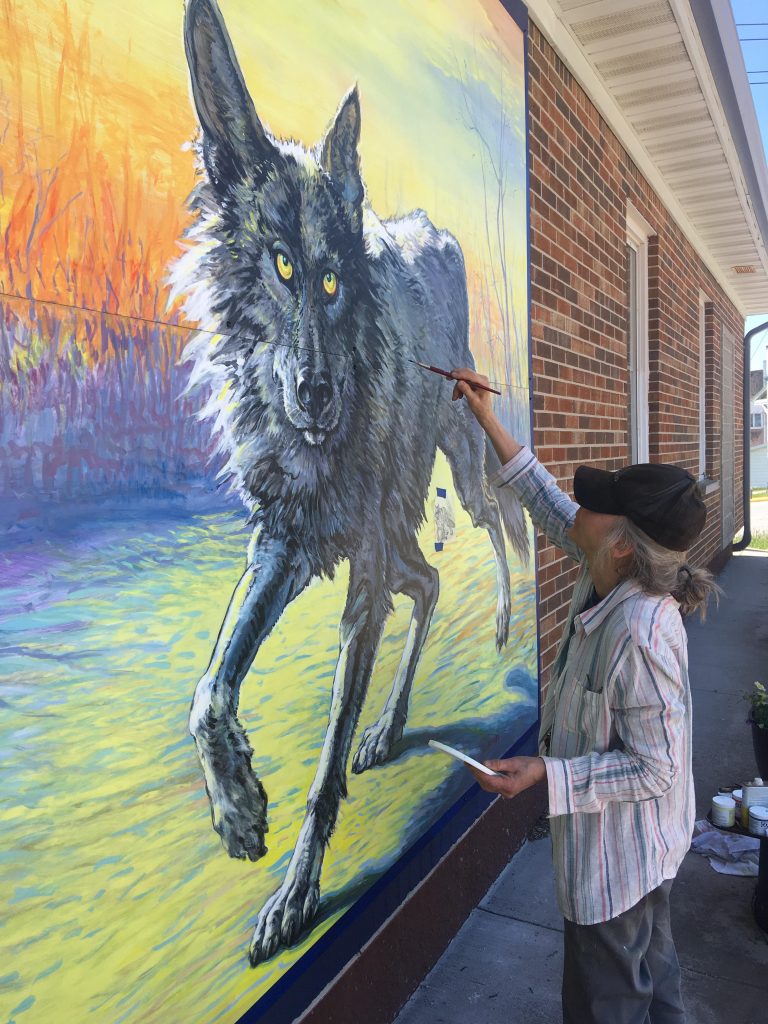 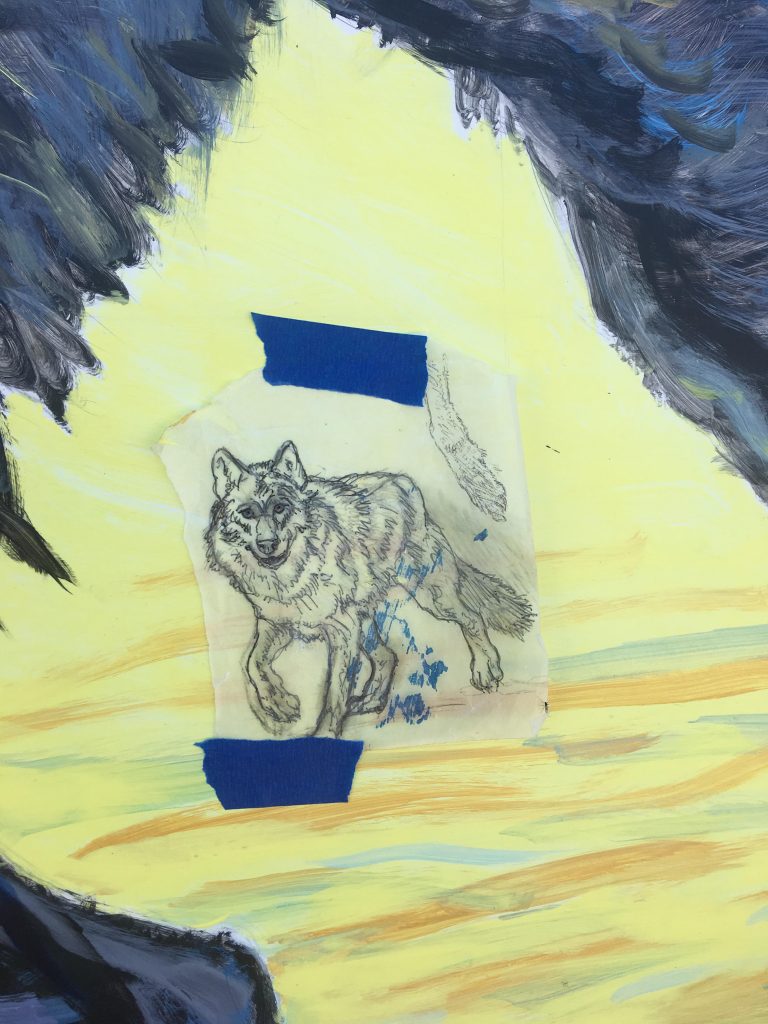 Czechowski lived at the gallery for two weeks while painting “Gray Wolf Territory”.  It was mounted on June 7, 2019. It is painted with acrylic on two aluminum cored panels sourced from England for their specially prepared outdoor signage capabilities. The mural is housed on the western exterior wall of the gallery. 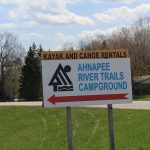